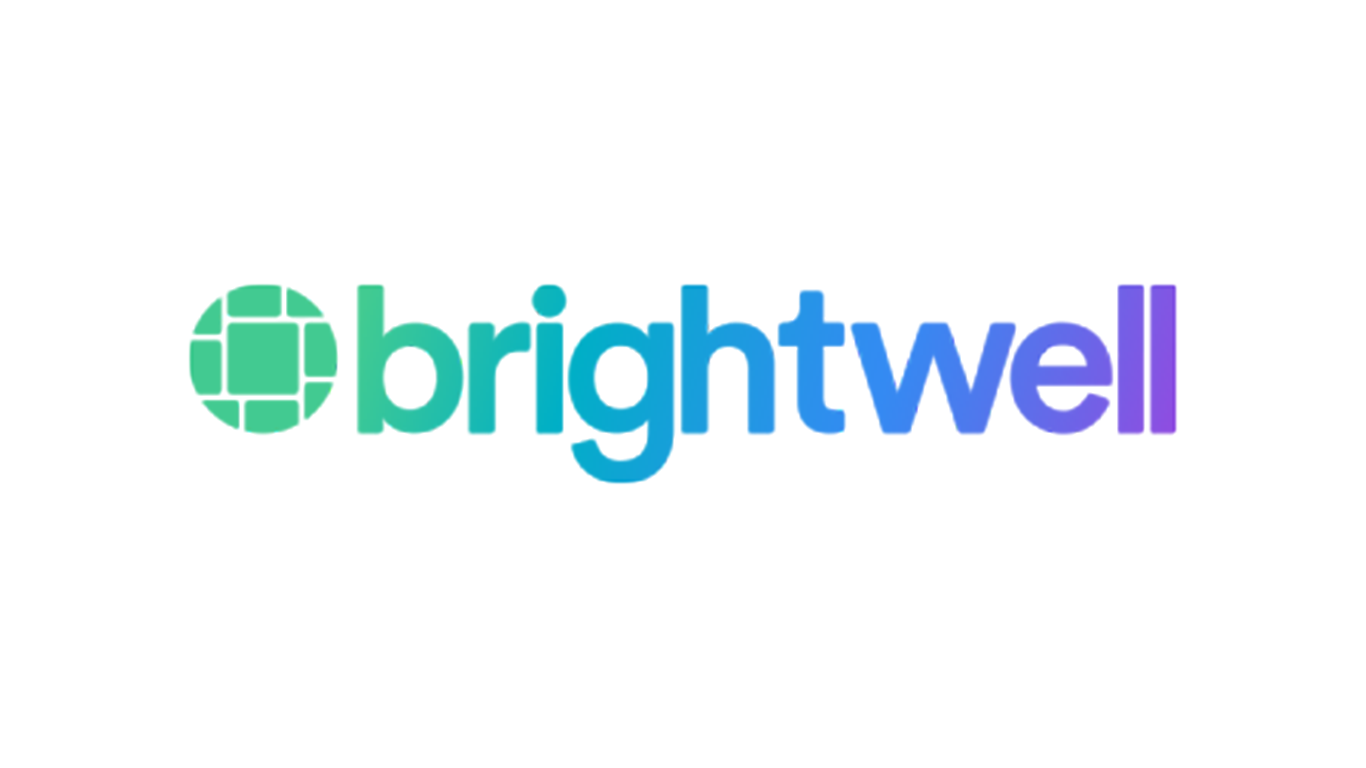 Brightwell is an Atlanta-based financial technology company that provides financial services, including cross-border remittance, P2P transfers and digital bank accounts, to more than 200K global workers from over 140 different countries. Brightwell’s mobile-first platform and suite of financial tools simplifies personal finances for a community that is traditionally underserved in the marketplace.

ReadyRemit is designed to help capture more revenue by quickly and seamlessly integrating global remittances into the user’s product via APIs or SDKs.

Navigator offers global workers safe access to their money and easy ways to send it home via their mobile app. There are several options for cash pickup or to an account ensuring the cardholder can find what’s right for them.

The cost of cash is rising globally. With more than 30 years of combined industry experience, learn how Brightwell can take care of every component surrounding the ATM program — all with proven results of driving down crew cash needs by more than 30%.

Expenx leverages its APIs to easily launch a user’s own corporate expense program, with the ability to customize a front-end experience to meet their business needs and processes.

Brightwell makes it easier than ever to launch a user’s own employee recognition and rewards program. Prepare to drive business growth and create a workplace culture in which everyone can thrive.

Steering the company at the highest level, Larry brings nearly 20 years of experience in finance, software engineering, and product development to his position as CEO. He has been with Brightwell since 2016, when he started as Chief Technology Officer. He then held the role of Chief Operating Officer for four years before taking on his current title.

In his time leading Brightwell, Larry has focused efforts on making the company a truly user-centric one, an initiative that has had a huge effect not just on how Brightwell serves its users, but how it hires employees. He is interested in not just creating great products, but creating great products that serve real people. This approach is reflected in the team he leads, as well — his leadership has transformed Brightwell’s vision and mission into one that is passionately user-centric. He has also been critical to Brightwell’s expansion into both fraud protection and remittance, helping steer the company toward new opportunities.

Prior to his work at Brightwell, Larry served as EVP of Technology and Operations at 352 Inc, a role that combined leadership over both the technology and operations teams. Prior to working at 352, Larry spent years leading software engineering teams, getting his start in software engineering himself. It’s this background that gives him excellent perspective that follows through to his leadership today.

Larry earned his BS in Management Information Systems from Auburn University and completed his MBA at the University of Tampa. A real technologist at heart, a graveyard of Kickstarter projects-past lie in his desk drawers. He also enjoys coaching the next generation of leaders and devotes time to mentoring anyone in whom he sees potential.

John McEwan is Brightwell’s Chief Financial Officer. John focuses on future investment into the company, building and managing all things financial. This can include raising money, securing loans, creating the company’s financial strategy, treasury and money movement, supervising deals and contracts, evaluating returns, or anything else that concerns Brightwell’s financial standing and future. He also works closely with the company’s board, keeping them apprised of Brightwell’s current standing.

More generally, his job is to assess and manage the finances of the company, preparing it for future growth and managing expectations. Through that role, he’s able to help Brightwell achieve its mission by ensuring that the company has a financial roadmap to take on new initiatives and execute existing ones successfully.

Prior to Brightwell, John served as Chief Financial Officer at Peoplenet, a private equity owned workforce management company that provided time and attendance services. During his tenure, he helped grow the company experiencing a five-year CACR over 20% which resulted in two successful exits returning over 3.5x for its investors within 18 months.

Before joining Peoplenet in 2010, John ran a consulting firm that provided CFO and operational related services to various types of companies. He began his career in public accounting, concluding his tenure with PricewaterhouseCoopers, where he worked in audit and transactional services.

John attended Dartmouth for undergrad, where he earned a BA in History, then earned his MBA from the University of Alabama. He’s active with the CFO Leadership Council and Technology Executive Roundtable, and also enjoys speaking events, and has spoken through the Georgia Society of CPAs on the topics of finance and accounting.

John Markendorf is the Chief Operations Officer at Brightwell. In his role, John helps deliver and execute on strategies for all products, and is primarily responsible for new business, sales, and projects. He touches everything from customer satisfaction to uptime to compliance, working directly with clients and banks to help manage partnerships.

A true company veteran, John has been with Brightwell since 2009, when there were only 20 or so employees. In his time at the organization, he’s seen it through most of its major changes, supporting the business and helping it grow into what it is today. He has maintained lasting client relationships over those 15 years, becoming a familiar face at Brightwell even as the company changed over time.

He began working for the company when it was based in Chicago, then relocated to Atlanta when Brightwell moved in 2012. He has spent his entire career at the company — first starting out in customer care as a Client Support Specialist at what was then called Prepaid Solutions (now Brightwell Payments). He then took on onboarding, supporting end users and clients with his role as Operations Manager and then Director of Operations, eventually expanding his role and moving up the ranks as the company grew and evolved.

John attended Quincy University in Illinois as a D1 volleyball player, earning his BS in Finance. He enjoys traveling, and also serves as one of three chairs on the Client Advisory Board for FIS, a vote-in position in which he sits with the top 25 clients in the industry.

Audrey Hall is the Chief Product Officer at Brightwell. As CPO, Audrey leads integrated product, engineering, and marketing departments to deliver innovative payment solutions that generate revenue. In her role, she identifies new market opportunities and builds thoughtful customer experiences focused on scalable growth. On a day to day basis, she’s committed to developing a strong brand, consistent messaging, and value-driven products that gives the business a leading voice in the industry.

Looking to solve real-world problems, she develops and executes strategies that push Brightwell closer to achieving the vision of simple, secure, and accessible payments for everyone with a customer-centric approach for design, delivery, and team structure.

Audrey is responsible for creating and accelerating the company’s marketing strategy and brand recognition across the globe by building marketing programs, thought leadership, and purpose driven initiatives. Under her guidance, the Brightwell brand has found its true definition as she rebuilt the company’s 10-year-old brand within her first seven months in the role. Since then, Audrey has spearheaded B2B marketing initiatives, helping to expand brand awareness and generate consumer insights that aid in the development of strategy and tactics for communication campaigns.

Recently, Audrey has also been recognized by Women We Admire as one of Georgia’s Top 50 Women Leaders for 2022 and as one of the Top 25 Software Product Executives of 2022. She earned a dual BSBA from the University of Denver in Marketing and International Business, as well as attended Miami Ad School for Account Planning.

Serving communities at home and abroad

They make service a part of their ethos, providing donations for global disaster relief, helping local causes in their community, as well as weaving that philanthropic spirit into their daily lives. Each Wednesday, employees are encouraged to wear pink, and when they do, they donate to the Breast Cancer Research Foundation. They also set aside time for employees to spend one workday each quarter volunteering their time to a cause they care about, with opportunities everywhere from the Humane Society to the Children’s Hospital of Atlanta. It all adds up, contributing to their culture of supporting people, both locally and globally.

Guided by their vision

They build user-first products that securely connect people around the globe to financial services. They believe in a future where payments are simple, secure, and accessible for everyone — this is the Brightwell vision and the driving force behind everything they do. And that belief isn’t just reflected in the work they do — it’s in the people they hire and the culture they build together. They value passion, innovation, and thoughtfulness, knowing that the best way to serve their users is through diversity of thought and origin. This spirit of serving their users and doing good is core to who they are and how they operate every single day, giving more meaning to the work they do than any metric possibly could.

“Having Arden monitor our transactions from another angle has saved our company millions.” – Ernie Moran, GM Arden

“Working with Brightwell since 2019 has allowed us to move money safely and efficiently to new markets — further expanding our global reach. As a leading supplier of wholesale banknotes, it’s paramount that we continue to build and develop excellent working relationships with organizations like theirs.” – Angela Smith | Director Wholesale Banknotes, Travelex

“Leading the engineering team on the ARDEN project has been empowering, challenging, and exciting at the same time.” – Arden Team, Stew Horton, Engineering Manager

“Working for Brightwell has enabled me to challenge myself and keeps me constantly evolving as a technology professional. It’s a privilege to contribute to a product that improves the lives of migrant workers all over the globe.” – Navigator Team, Alison Assenza, Product Manager

“I love being a part of something that’s on the cutting edge of payments. We’re making a difference in cross border payments by removing so much friction for fintechs, sponsor banks and corporations.” – ReadyRemit Team, Hal Ramakers, SVP, Global Solutions