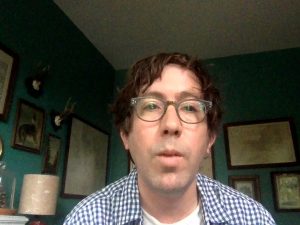 Despite the financial tumult left in its wake, blockchain technology has done a lot of good for a lot of investors and institutions. According to some projections, blockchain’s positive effects aren’t stopping there; in fact, high-level open-source networks may have the ability to effectively eliminate borders.

That’s what Justin Rice, Head of Ecosystem at the Stellar Development Foundation, is counting on with his work with Stellar. Whereas traditional financial institutions put up all manner of barriers between transactions among different countries (taking up a great deal of time and money as funds are passed from bank to bank in what’s referred to as a “hopscotch” process), an open-source blockchain network such as what Stellar is developing can enable quick, frictionless transactions. This is particularly important in developing economies, which often lack the traditional infrastructure to make fast or easy B2B payments.

More than that, Rice says, open-source blockchain networks can provide individuals and institutions around the world with the tools they need to fully participate in the modern digital economy. As Rice explains it, this level of collaboration facilitates the creation of a kind of global “common ledger,” one that fosters the ability to “create apps and services that access those real-world currencies to solve real-world problems for real-world users.”