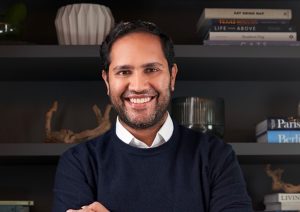 Last December, online mortgage lender Better.com made headlines for all the wrong reasons when founder and CEO Vishal Garg laid off nearly 1,000 employees over a Zoom call. Given the public and easily shareable nature of this action, the mass firing event went viral almost immediately, drawing a great deal of fire for both the company and its head.

Understandably, this is an episode that the company is eager to leave in the past. To that end, Garg’s return to the office has been announced by Better.com with a clear note of contrition and desire to do better in the future.

“We are confident in Vishal and in the changes he is committed to making to provide the type of leadership, focus, and vision that Better needs at this pivotal time,” the company said in a public statement about Garg’s return. The company earlier announced that Garg would take a break from his duties along with plans to bring in consultants to improve the culture in the Better.com office.

For his part, Garg shared a public apology for what he referred to as a failure to “show the appropriate amount of respect” for the affected employees, and announced that his hiatus would be used to reflect on his leadership style and to pursue executive leadership coaching.