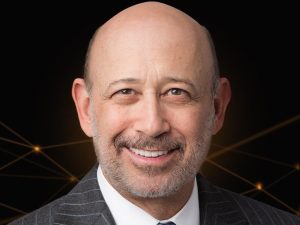 As the former Chairman and CEO of Goldman Sachs, Lloyd Blankfein has long been a voice of skepticism when it comes to the rise of cryptocurrency. Notably, Blankfein raised eyebrows with his categorization of Bitcoin as “a bubble” that he was uncomfortable trusting.

Of course, that comment was made back in 2017. And while the values of Bitcoin and other cryptocurrencies have continued to fluctuate greatly in the meantime, Blankfein has come to a different understanding on the subject. “I can’t predict the future,” Blankfein told CNBC. But, he says, “I look at the crypto, and it is happening.”

Throughout his interview with CNBC, Blankfein touched on numerous reasons why cryptocurrency is here to stay, despite its price volatility and recent market cap decline. Among other milestones in the broad acceptance of crypto, banks and financial institutions the world over have put a great deal of effort and money into the crypto game, a trend that Blankfein describes as multitrillion-dollar ecosystems growing around cryptocurrency at large.

Indeed, it is becoming increasingly clear that reservations about crypto may be reasonable, but broad dismissals of its worth as an investment are fading away into history. In a telling sign of changing times, Blankfein’s previous company, Goldman Sachs, has already launched its own offerings for clients to trade digital assets.