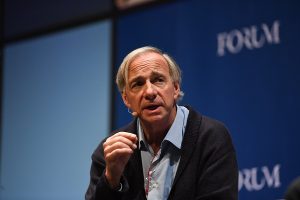 Billionaire hedge fund manager Ray Dalio made his fortune as any old-school investor would. But even though his wealth was earned the old-fashioned way, he is sold on Bitcoin as the investment opportunity of the future.

“Bitcoin is like gold,” Dalio told MarketWatch earlier this month, with gold itself representing “the well-established blue-chip alternative to fiat money.” Dalio confirmed that he owns some Bitcoin in his own portfolio, and spoke on its importance as a store of value in the face of rising inflation, especially among the younger generation of investors.

Despite his recognition of the cryptocurrency’s worth, Dalio acknowledged that there are significant barriers to its widespread acceptance. Citing familiar regulatory rumblings, Dalio pointed out in the interview that many more traditional financial institutions and national governments remain cagy on Bitcoin, which may lead to further volatility down the road. “If it is a threat to governments,” Dalio said, “it will probably be outlawed in some places.”

Still, Dalio went on, even in a worst-case scenario, it is hard to imagine that Bitcoin is liable to be brought to a complete stop even by aggressive government intervention. “There’s going to be that revolution,” he added with confidence, speaking of blockchain’s potential to transform financial markets for good.