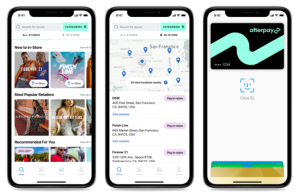 Fintech firms around the world are hustling to be the go-to platform for buy now pay later (BNPL) payment plans. And according to the latest news from Block, one of the biggest players in the business is now equipped with a major new tool in the form of Afterpay, which Block recently acquired for $29 billion.

Co-founded and led by Twitter creator Jack Dorsey, Block has been putting in a considerable effort to bring its popular Square and Cash App ecosystems into the next era of digital retail. With BNPL offerings already a major feature of European competitors such as Klarna, Block’s acquisition of Afterpay is widely seen as a savvy move designed to secure the company’s customer base in the U.S. and Australia.

In addition to launching Afterpay integration of payments and BNPL schemes in Square and Cash App, Block has brought former Afterpay Director Sharon Rothstein onto its board of directors. Dorsey described Rothstein’s experience in global operations as critical for what he called “this next growth phase” for Block.

According to Dorsey, Block leadership and the Afterpay team will “deliver even better products and services for sellers and consumers while staying true to our shared purpose of making the financial system more fair and accessible to everyone.”