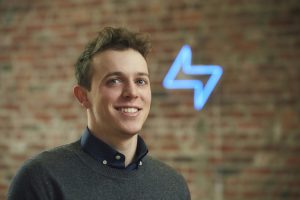 In an increasingly online world, we’ve become used to the concept of a Twitter meltdown leading to someone losing their job. However, for Bolt CEO Ryan Breslow, the end of his tenure as the head of the company he founded is allegedly a voluntary move unrelated to his recent tirade against Bolt’s competitors.

A fiery CEO is hardly unheard of, especially in the contentious world of fintech. Since its founding in 2013, Bolt has made a name for itself with its innovative corporate culture, particularly under Breslow’s leadership. Most recently, Bolt has garnered a great deal of positive attention for its four-day workweek, which advocates including Breslow argue makes their team both healthier and more productive over the long term. Bolt’s strategy has also turned heads with its zero-fee policy for new customers.

Despite a corporate reputation as a disruptor, however, Breslow’s Twitter screed was largely panned by financial experts, to the point where many wondered whether his tweets were part of some bizarre marketing stunt. In a series of tweets in late January, Breslow alleged that Y Combinator and Stripe have achieved their success through unsavory moves that have squashed competitor firms. Even if his departure from Bolt is unrelated to these accusations, it’s hard to see the timing as anything other than intentional on the part of Breslow himself or his company.