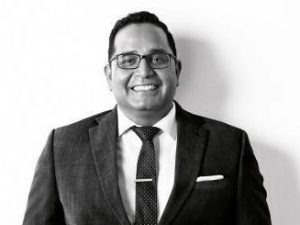 Fifteen years ago, Vijay Shekhar Sharma’s prospects were nil. Faced with a grim future as an “ineligible bachelor” who could hardly afford to pay his own bills, Sharma was encouraged by his father to quit the software game and take up a steady, if low-paying, job.

Five years later, Sharma launched digital payment startup Paytm. In 2017, he was hailed as India’s youngest billionaire, and as of 2021, he has steered the company to a $2.5 billion IPO, smashing records in the Indian fintech market.

Sharma was an early presence on the Indian digital payment scene, piggybacking on early integration with Uber and government crackdown on cash payments. Soon, Paytm was competing with Google and WhatsApp for a piece of the pie. "Once my mother read about my net worth in a Hindi newspaper and asked me, 'Vijay do you really have the kind of money they say you have?'” Sharma said, remarking on his meteoric rise to success.

Like many of the financial world’s trailblazers, Sharma has no intention of letting Paytm rest on its laurels. Telling Reuters that he has designs on expanding his company to the U.S., Europe, and East Asia, Sharma has recently launched Paytm digital payment and wallet services in Canada and Japan.