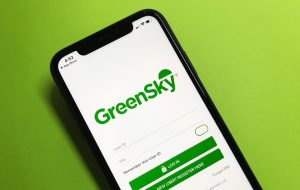 In what represents a considerable step in its venture to make waves in the consumer finance market, multinational investment bank and financial services company Goldman Sachs is making a sizable acquisition. Atlanta, Georgia-based digital lender Greensky is set to join the Goldman Sachs fold as part of a transaction valued at $2.24 billion.

Greensky, which calls itself the leading home improvement consumer loan-origination fintech platform, currently manages a loan portfolio that’s worth approximately $9 billion. Since its founding in 2006, Greensky’s installment-based payments platform has facilitated the financing of over $30 billion of commerce for roughly 4 million consumers. Currently, the buy now pay later platform maintains a network of 10,000 U.S. merchants.

“We have been clear in our aspiration for Marcus to become the consumer banking platform of the future, and the acquisition of GreenSky advances this goal,” said David Solomon, Chairman and CEO of Goldman Sachs. “GreenSky and its talented team have built an impressive, cloud-native platform that will allow Marcus to reach a new and active set of merchants and customers and provide them with an expanding set of solutions.”

The transaction is expected to close by the end of 2022’s first quarter.