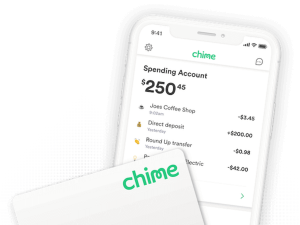 Anticipating a public offering in the United States sometime in early 2022, fintech firm Chime has raised $750 million in a funding round led by Sequoia Capital, leading to a $25 billion valuation. The Series G round of funding was led by firms such as General Atlantic, SoftBank Group, and Tiger Global.

Chime has made waves in recent years for its digital-first consumer payment services. Among benefits to Chime users is a feature called “Spot Me,” allowing for customers to overdraw on their Chime checking account temporarily without being hit with an overdraft fee. The company earns money through a fee charged to Visa and other payment processors whenever a Chime card is used for payment.

As consumers become increasingly comfortable with digital financial and banking services rather than brick-and-mortar institutions, platforms like Chime and Cash App have seen a dramatic rise in business. This effect has only compounded with in-person monetary transactions dipping in frequency during the COVID-19 pandemic. This most recent round of funding seems to confirm that Chime isn’t done shaking up the payment world, and if its valuation indeed continues to rise sharply in anticipation of its stock market launch, the fintech upstart could be changing the game for good.