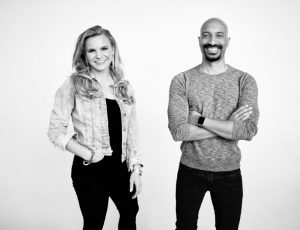 Clearco, a Toronto-based lending provider to startups, raised $215 million in a July equity funding round led by SoftBank Group Corp. to support accelerated international expansion. Clearco offers the most founder-friendly capital solutions for e-commerce, mobile apps, and SaaS founders as well as access to a powerful global network, insights, and data. The fintech lending firm, which has additional hubs in New York and London, was founded in 2015 by Michele Romanow and her partner Andrew D’Souza, to support entrepreneurs like those Romanow has encountered on “Dragon’s Den,” a Canadian TV analogue to “Shark Tank” in the United States. The SoftBank funding round followed a previous recent financing round that quintupled Clearco’s valuation to nearly $2 billion.

Formerly known as Clearbanc, the firm uses AI-enabled “20-minute term sheet” platform to provide e-commerce, mobile app, and enterprise software startups with non-dilutive capital between $10,000 and $10 million, based on revenue and marketing budget. Since its inception, Claerco has invested more than $2.5 billion into 5,500 founders of new and growing enterprises. The newest funding is intended to drive the firm’s expansion beyond the markets of North America and Europe.