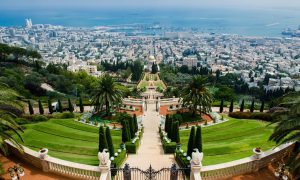 With a market cap approaching $70 billion, Coinbase has firmly established itself as the leading name in cryptocurrency sales and investment in most major world markets. Now, with its acquisition for an unknown purchase price of Unbound Security, an Israeli cryptographic key management and protection startup, Coinbase is making moves to solidify its leadership across the board.

Headed by cryptographers Yehuda Lindell and Nigel Smart, Unbound has made waves with its cutting-edge developments in digital security technology. Unbound’s success has attracted a great deal of attention in the fintech world, with partners including Goldman Sachs, Citi, and Evolution Equity Partners investing over $40 million in the past five years.
In a press release announcing the purchase, Coinbase cited Unbound’s advancements in cryptographic security as a major benefit to the exchange. “The crypto-economy is growing exponentially with myriad new use cases such as staking, DeFi, DAOs, and NFTs,” Coinbase said. “Technologies such as MPC will enable these groundbreaking use cases to come to life safely, securely, and in a way that’s user friendly.”

Coinbase also announced that it will be opening its own R&D tech Center of Excellence in Israel, modeled after Unbound’s own industry-leading research facility. The establishment of this development center may well indicate that this move into the Israeli market is just the beginning for Coinbase’s expansion into the region.