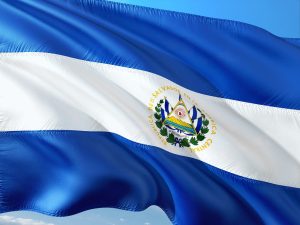 Picture a grand modern city inspired by the works of Alexander the Great: circular in shape, meticulously designed with an international airport, designated residential and commercial zones, and a central plaza shaped like a Bitcoin symbol. As if that weren’t already the stuff of science fiction, the entire metropolis is powered by a volcano and backed purely by Bitcoin bonds.

According to El Salvador’s President Nayib Bukele, “Bitcoin City” will be a reality starting as soon as 2022. Planned in the eastern region La Union, Bukele describes Bitcoin City as a (mostly) tax-free crypto investment mecca for businesspeople from around the world. The Central American nation already made headlines earlier this year when it was the first government in the world to name Bitcoin an official currency and legal tender for all transactions.

To finance the construction of Bitcoin City, El Salvador has plans in 2022 to issue 10-year “volcano bonds” worth $1 billion and backed by Bitcoin. Assuming a continued rise in the cryptocurrency’s value over the next decade—a daring gamble, to be sure, albeit one that is increasingly seen as feasible given Bitcoin’s continued upward trend—the issuance of these bonds may “make El Salvador the financial center of the world,” according to Blockstream Chief Strategy Officer Samson Mow.