Home Features ConocoPhillips Has A New Bitcoin-Based, Eco-Friendly Way To Use Up Extra Gas 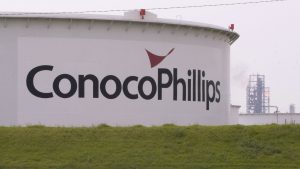 Oil and gas companies in the Bakken region of North Dakota have long been faced with a dilemma about what to do with excess deposits of natural gas. Now, major conglomerate ConocoPhillips has hit on a unique solution to this problem, one that brings in extra profit while helping offset ecological damage…and as everything seems to these days, it involves Bitcoin.

According to a statement given to CNBC, in lieu of the typical industry practice of burning excess natural gas discovered in the process of drilling for oil, ConocoPhillips has begun selling this extra gas to Bitcoin miners. The gas is routed to a Bitcoin processor that is owned and managed by a third party. The company did not identify the specific miner or miners to whom they have been selling, nor how long they have been engaging in this practice.

By all accounts, ConocoPhillips’ solution represents a win–win scenario. ConocoPhillips has been under a great deal of pressure to eliminate all excess gas burning on its drilling projects by 2025, as the practice—a previously necessary safety strategy—contributes greatly to oil and gas capture carbon emissions. While it is difficult to capture and transport natural gas deposits encountered during drilling, selling to Bitcoin miners is an expedient way to bring in further profit from what would otherwise be a loss while simultaneously reducing pollution (by some estimates, cutting it by 63% or more).