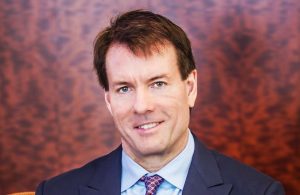 The last decade has seen a meteoric rise in the value of cryptocurrencies such as Bitcoin, leading critics to warn of an inevitable bust. According to Michael Saylor, however, Bitcoin has the unique potential to continue increasing in value, becoming more and more valuable even as traditional monetary goods or fiat currencies fall prey to inflation.

As Founder and Chief Executive Officer of business intelligence firm MicroStrategy, Saylor has over three decades of firsthand experience seeing technological advances boom and bust. Bitcoin is altogether different, Saylor argues. As the currency is permanently capped at a maximum of 21 million Bitcoin that can ever exist, he says, the scarcity of Bitcoin will remain stable while the amounts of other currencies can always be increased through inflationary government policies and likely will in the near future.

“Every other asset that you can buy as an inflation hedge, like real estate or stocks or gold or commodities,” Saylor explained, “all of those things have a supply that’s going to increase as the price goes up. But you can’t increase the supply of Bitcoin.” The degree to which the fate of Bitcoin is determined by market volatility, of course, is yet to be seen. However, Saylor is confident enough in the crypto’s future that he proclaims it “the most reliable, highest-integrity, scarcest thing in the financial universe… Bitcoin is going up forever.”