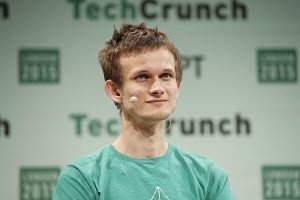 In 2010, University of Waterloo student Vitalik Buterin experienced a frustrating situation that affected millions in the early years of the 21st century: a longtime devotee of Blizzard’s “World of Warcraft,” Buterin was dismayed to find that the game’s developers had drastically weakened his character in the latest update. Unlike his fellow disappointed gamers, however, Buterin was inspired to take action that would quickly change the financial landscape entirely.

Ever since that experience, Buterin, who describes his political affiliation as “intellectual hipster meta-contrarian,” has dedicated his energy and his considerable (and growing) crypto fortune to fighting what he perceived as the tyranny inherent to centralized financial control. “I saw everything to do with either government regulation or corporate control as just being plain evil,” he told Wired in 2017. This is why Ethereum, the blockchain cryptocurrency Buterin launched in 2015, has remained both open-source and decentralized ever since.

With Ethereum nearing a market cap of $600 billion, Buterin has no intention of changing his philosophy of disruption. As he told Business Insider earlier this year, ETH 2.0, expected to drop in 2022, will transition to a proof-of-stake system and reduce carbon emissions from ether mining by 99%.