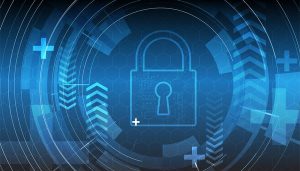 The crown jewel in Lloyd’s cyber insurance servicers, Tarian Underwriting Limited has been acquired from Beat Capital Partners by leading smart commercial insurer Corvus Insurance. The deal marks a major milestone in the industry, with Corvus being the first InsurTech firm to purchase any U.K.-based underwriting platform.

Corvus’ latest acquisition is another major accomplishment in its recent track record of success. Having launched a new cyber-risk aggregation platform after raising more than $100 million in Series C funding last year, with Tarian now in its arsenal Corvus is poised to boost its smart insurance offerings throughout European markets and beyond.

Founder and CEO of Corvus Phil Edmundson describes the Tarian acquisition as a means of “expanding our international footprint into Europe, Africa, and Australia with an experienced and proven team of underwriters.” Beat Capital Chairman John Cavanagh is similarly optimistic about what the purchase means for Tarian’s new owner, describing Tarian as offering “best-in-class technology to support its differentiated underwriting proposition.”

With the opportunities afforded a member of Lloyd’s substantial syndicates, Tarian has a wide multinational footprint that is expected to open up much of the world to Corvus’ services. With the same world-class team and operating under the new name Corvus Underwriting Limited, the organization represents a significant opening for underwriting in the field of global tech investment.