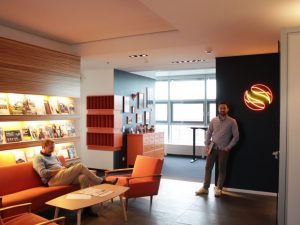 It wasn’t that long ago when Berlin-based startup Solarisbank was helping introduce the world to embedded banking tech back in 2016. Now, with a $224 million round of Series D funding and an acquisition of competitor banking-as-a-service company Contis, Solarisbank is moving to shift the field away from traditional banking altogether.

The acquisition reflects Solarisbank’s meteoric rise in the fintech world over the last several months. The firm was valued at $360 million just over a year ago, making its current valuation of $1.65 billion a more than 400% increase.

Plenty of startups have been following the charge toward delivering fintech and banking as a service through third-party organizations. But few have returned the kind of results that Solarisbank has enjoyed; the company currently boasts more than two million customer accounts as well as partnerships with the likes of Samsung, BP, and American Express.

And its plans for the future are no less ambitious: according to Chief Executive Officer Roland Folz, Solarisbank is staking its claim on the estimated 400 million European bank accounts that are predicted to shift away from traditional banking services over the next five to ten years. With its unique access to European banking and e-money licenses, Solarisbank may have all it needs to scale the rest of its competitors out of the market.