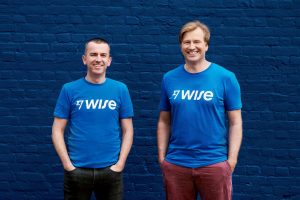 Wise, a European cross-border money transfer startup, has made its debut with a direct listing on the London Stock Exchange, bringing its market cap to $11 billion. The company was founded as TransferWise in 2011 by Estonian colleagues Kristo Käärmann and Taavet Hinrikus, who with the listing and valuation are now both Estonia’s first tech billionaires. Käärmann, with a stake of nearly 19%, is now worth approximately $2 billion, while Hinrikus’ almost 11% stake puts his net worth at just over $1 billion. The listing makes Wise the largest tech company to list on the London Stock Exchange.

Wise processes $6 billion in transfers across 56 currencies annually, saving its 10 million or so customers almost $1.5 billion in bank fees every year. The company is one of several European fintech startups that has experienced massive growth during the coronavirus pandemic, joining Checkout.com and Klarna among others. Hinrikus boasts experience as Skype’s first employee and director of strategy, while Käärmann previously served as a financial manager with Deloitte. The duo has received high-profile funding from established billionaire brokers Peter Thiel and Richard Branson. The other big beneficiary of Wise’s public listing is its workforce, tied to an employee option share pool of 9.8% of total shares.