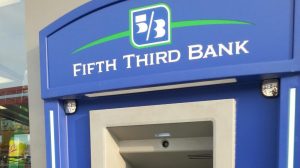 Fifth Third Bancorp has announced it is relaunching a personal finance app it acquired last year. Called Dobot, the app works by automatically transferring small amounts of money from the user’s checking account to a savings account. The money swept into the savings account is attached to a goal set by the user. The relaunch comes after Fifth Third spent several months retooling the app and testing it on its own company employees.

According to Dobot’s team leader Andy Zurcher, Dobot—which derives its name from “dough” and “robot”—is aimed at “chang[ing] the way people think about a challenging, non-fun task” with the end goal of “help[ing] people improve their financial health and achieve their dreams.”

Users start by identifying a goal such as going on vacation or putting a down payment on a house, and they then set a dollar amount and timeline for achieving the goal. Using an algorithm to analyze the user’s spending habits, Dobot automatically transfers money from the user’s linked checking account to a savings account. Users can also opt to transfer additional funds outside of the app’s automatic transfers.

The main idea underlying Dobot’s methods is that the amounts it automatically transfers are so small that the user will never notice any impact. As Zurcher says, “You just go about life, and maybe you find $83 in your account.”

Dobot went into development in 2015, hiring Zurcher early in the process. The app was first launched in March 2016 and garnered almost 24,000 users prior to Fifth Third’s acquisition last year.

Following the acquisition, Fifth Third decided to pull the app from online stores to work on retooling it for a broader audience. The bank tested the reworked app with its own employees for approximately a month before relaunching it to Fifth Third customers last week. Over the next few weeks, the app will be more aggressively promoted to users outside of Fifth Third’s customer based.

Fifth Third benefits from the free app’s success because the savings accounts Dobot transfers money to are housed at Fifth Third.

Dobot is Fifth Third’s first complete fintech acquisition of both product and team, marking the culmination of Cincinnati-based bank’s push to invest in financial technology. Fifth Third has invested over $100 million in fintech products in the last two years.