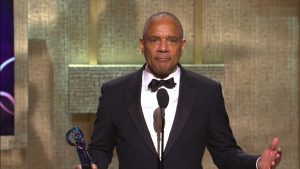 According to regulatory filings from December, former American Express chief executive officer Ken Chenault will retire from the boards of both Procter & Gamble Co. (P&G) and International Business Machines Corp. (IBM) on February 13th. In its filing, P&G said the reason for Chenault’s departure was a desire for “more time to focus on a range of activities in the next phase of his life.” These resignations come almost a year after Chenault retired as American Express’ CEO after 17 years in the position and moved to Silicon Valley venture capital firm General Catalyst as chairman and managing director.

Chenault has kept his seats on the boards of Facebook, Airbnb and Bloomberg Philanthropies after his unexpected resignations from P&G and IBM’s boards. His decision to maintain his Facebook board seat immediately sparked rumors that Chenault would be replacing Facebook founder Mark Zuckerberg as the social networking giant’s chairman. Facebook was quick to quash such gossip, commenting only that Chenault would “continue to serve on [their] board in the same capacity.”

It isn’t surprising that some would speculate that Chenault was eying the chairman role at Facebook. When he announced his retirement from American Express in 2017, Chenault was courted by a wide range of firms, but he ultimately chose to join General Catalyst out of a desire to have a greater impact on Silicon Valley’s culture.

This wish to have a positive influence on business culture was also reflected in the way he led American Express. In his time at the helm there, Chenault became known for embracing a Socratic leadership model that encouraged debate and openness. September 11th happened just months after Chenault took the top position at AmEx, and the 2008 financial crisis also occurred during his tenure; Chenault was praised for his handling of both. During time leading AmEx, he was able to oversee total shareholder returns of 129 percent, far outpacing the Dow Jones and S&P 500.

Chenault spent 37 years at American Express, first joining the company in 1981 in its Strategic Planning Group. He became president and chief operating officer in 1997 before ascending to CEO in 2001, making Chenault just the third African American CEO of a Fortune 500 company in history.