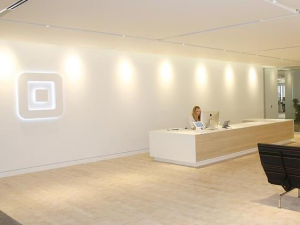 Having recently announced his departure as CEO of Twitter, Jack Dorsey is devoting a great deal of his attention to his other company, Square. His first move? Changing the name. Effective immediately, Square has rebranded itself as Block.

Square has become synonymous with in-person digital payments since Dorsey founded the company in 2009. However, Square has hardly limited itself to its eponymous card reader: over the last decade, Dorsey has steered it to make significant investments in digital banking, crypto trading, and streaming services.

Accordingly, the Block moniker is meant to be reflective of Square’s new direction, as explained in a statement put out by the company. Reflective of this change, Block plans to expand still further into the world of blockchain and crypto.

Some aspects of the company are expected to remain the same despite the name change. In Dorsey’s announcement, he explained that Block will maintain the same mission statement of empowerment through free economic access. The company will also continue to trade under the SQ ticker on the NYSE. In this respect, Square’s rebranding is widely seen as a similar move to name changes on the part of giants like Google and Facebook, both of which have retained their powerful brand recognition while implementing shifts in the direction of their business.