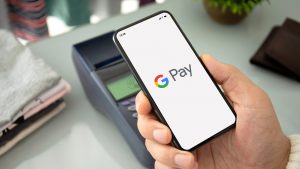 In a May 11th release, Google announced an expansion of its payments platform Google Pay, thanks to a new integration with digital bank Wise and financial services giant Western Union. The move enables Google Pay users to transfer money to other users in Singapore and India and is expected to grow to include over 200 countries via Western Union and more than 80 countries via Wise.

According to the latest estimates from the World Bank, while the COVID-19 pandemic has led to a dramatic increase in online payments, there has been a projected 14% decline in overall remittances flows due to the pandemic’s impact on economic conditions and employment levels in countries that host large migrant worker populations. Google’s online payments platform already boasts 150 million users in 40 countries, with the new announcement furthering the company’s potential to position itself as an all-in-one financial services provider via additional strategic partnerships.

"Even with COVID a lot of people have relocated around the world and we wanted to focus on how we can help facilitate these payments," said Josh Woodward, Director of Product Management at Google. "Our goal for this year is to work with Wise and Western Union to roll this out for the countries they support."

By partnering with upstart fintech company Wise and the long-established Western Union, Google stands to benefit from the extensive customer network built out by both partner businesses. With an international reach made possible by both existing physical locations and an ever-growing digital banking presence, even users without regular internet access or smartphones will be able to send and receive money from friends and family working far across the globe.

The company presented a revamped version of the Google Play app in November 2020, adding paid promotions and featuring a waitlist for bank accounts being offered by several lenders. By expanding the app’s capability to facilitate international remittances, Google stands to drastically increase competition among both traditional banks and digital financial offerings vying for customers’ business.