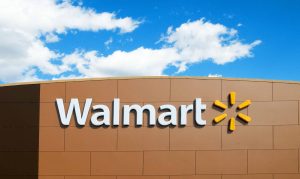 It was just over a year ago that Walmart launched Hazel, a fintech firm backed by Ribbit Capital and led by Goldman Sachs alums. Now, with Hazel’s acquisition of One Finance and Even Responsible Finance, the company is prepared to take a big step into the world of consumer financial services.

The ambitions of the new fintech startup, to be rebranded ONE, are lofty in a market that has quickly become crowded with financial services apps. Headed by previous Even and One leaders David Baga and Brian Hamilton, as well as longtime Goldman Sachs executive Omer Ismail, ONE is designed to be a one-stop-shop for retail financial management. To that end, the new entity plans to employ more than 200 individuals and maintain a cash reserve in excess of $250 million.

Ismail put ONE’s mission statement quite succinctly in a press release announcing the rebrand: “Build on Even and One’s success to offer a product that offers consumers the best way to spend, the best way to access their wages, and helps millions save and grow their money.”

The launch of ONE is the latest in Walmart’s massive expansion into the world of digital goods and services. With a weekly customer base of more than 100 million people, ONE joins Walmart’s other recent forays into NFTs and metaverse properties as part of the retail giant’s significant digital development.