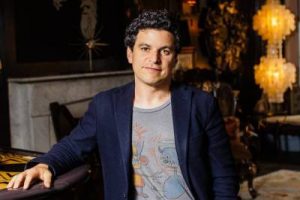 For Noah Kerner, CEO of digital investment platform Acorns, his goal is simple: help people save money as easily and as effortlessly as possible without making them “do the math.”

Launched in 2014, Acorns’ main product appears to fulfill this goal quite well. Acorns users’ daily purchases are automatically rounded up to the nearest dollar, and the difference is deposited into an investment account. A growing number of brand partners—currently more than 320—will make further contributions for qualifying purchases. Acorns continues to expand its suite of services as well, and the company began providing IRAs, checking accounts and debit cards linked to its existing investment products last year. Acorns’ app has also been redesigned to make it easier for its users to visualize the impact they’re achieving through all of those saved cents.

As impressive as Acorns’ performance has been—the company achieved more than 125 percent revenue growth from 2017 to 2018 with the number of accounts almost doubling in the same time frame—Kerner still thinks Acorns is in its entry-level stages. Investing its users’ spare change is just the start for Kerner; he envisions the service growing until users can have their paychecks deposited in their Acorns account and allow Acorns to handle everything from checking to retirement.

Kerner’s big dreams for Acorns may come in part from his unique professional background. He joined Acorns two months after its launch as an advisor and investor before becoming board director and CEO. Kerner also co-founded and served as chairman of Noise Marketing and has advised and invested in a number of fast-growing startups such as WeWork (where Kerner also served as Chief Strategy and Marketing Officer). In addition to founding and serving as CEO of three startups, Kerner co-authored Chasing Cool and was a former DJ for Jennifer Lopez.

Kerner is also the recipient of a number of professional accolades, including his inclusion in Billboard Magazine’s “Top 30 Under 30,” being named a Fast Company “Innovation Agent,” and being featured as one of AdWeek’s “Top 20 Under 40.” Kerner graduated from Cornell University where he studied economics and psychology.