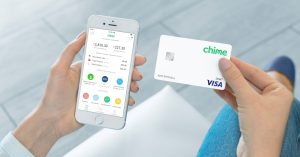 Digital banking superstar Chime has arguably done more than any other startup to disrupt the world of consumer financial technology. This makes it all the more surprising that, in advance of an imminent blockbuster NYSE initial public offering, Chime is turning to a traditional financial titan like Goldman Sachs for help.

A Chime IPO is expected to massively shake up the fintech world, especially given the company’s meteoric rise in value since it was founded in 2012. Having spent the last decade forming partnerships with traditional banks and credit issuers around the world, Chime has built a user base estimated at more than 13 million people. The firm’s value has seen significant rises to match its success, most recently earning a valuation of $25 billion that is expected to jump to $40 billion or more in the wake of an IPO.

Of course, Chime is cagey when giving information about its exact moves. Despite the increasing IPO buzz, Chime issued a statement indicating that neither an exact date nor a formal partnership with Goldman Sachs have been established. Still, considering Chime’s prominent interviewing of investment banks and leading institutions like Goldman Sachs in recent weeks, it’s becoming increasingly hard for the company to dismiss its actions as nothing newsworthy.