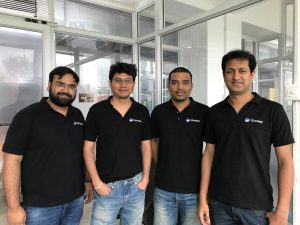 Fresh from its $3 billion valuation and $251 million Series E funding round, Indian mutual fund and stock investment platform Groww now has another feather in its cap in the form of its latest angel investor: CEO of Microsoft Satya Nadella. What’s more, according to an announcement by the company, Nadella will be serving as an advisor for Groww in its continuing mission to bring accessible financial services to the region.

Described in a tweet by Groww as “one of the world’s best CEOs,” Nadella is expected to bring a high degree of savvy leadership to his new charge. CEO of Microsoft since 2014, Nadella oversaw the tech giant’s entry into the world of cloud computing, and led Microsoft’s acquisition of companies including LinkedIn and GitHub.

Groww has seen its stock rise dramatically in the six short years since it was founded by four former executives of Flipkart. Currently boasting more than 20 million users eager to take advantage of financial opportunities arising from the post-pandemic world, Groww offers customers the ability to rapidly and seamlessly invest in assets including stocks, mutual funds, futures, and gold. The company is also purportedly moving into adding derivatives and fixed-income products such as government bonds to its already considerable offerings.