Home Features Is Bitcoin The Wrong Crypto To Bet On In 2022? 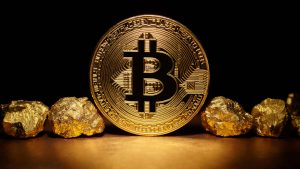 2021 was a banner year for cryptocurrency. Between the renewed frenzy of Bitcoin speculation fueled by a new wave of retail investors, and governments the world over rushing to create infrastructure and regulations for crypto trading, it seems likely that we’ve truly entered the era of cryptocurrency.

Despite its impressive gains, some experts are claiming that Bitcoin seems to be the wrong horse to bet on. In fact, it’s beginning to look increasingly likely that Bitcoin is soon going to be overtaken by its perennial competitor, Ethereum.

According to a recent report by Motley Fool, for all the furor around Bitcoin, Ethereum posted much more significant advances over the last year, with its price rising more than 450% in 2021. Compared to Bitcoin’s relatively modest 73% rise, Ethereum is without a doubt on a sharper upward trend than its competitor, one that appears likely to erase Bitcoin’s current advantage in market capitalization.

More important than the current numbers, however, is Ethereum’s centrality to the next generation of fintech. Building on its superior integration with NFT trading and metaverse-related tech, Ethereum is quickly becoming the crypto of choice for smart contract-enabled investments. Among other reasons, that is why Ethereum attracted more than five times the developers that Bitcoin brought in by the beginning of 2021.