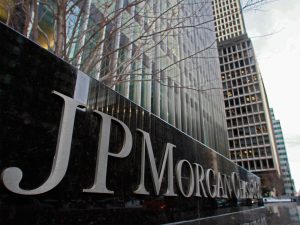 As part of an ongoing effort to break into retail banking in the U.K., JP Morgan banking brand Chase has announced that it has been collaborating with London-based cloud-native banking technology firm 10x. According to a Chase spokesman, the firms have been working together covertly for the last two years to construct the infrastructure needed to support Chase’s all-digital banking platform.

Over the past half-decade, there has been an increasingly pressing need for traditional financial institutions to compete with upstart international neobanks such as Monzo, Tangerine, and Nubank. These online retail banking platforms have siphoned millions of customers away from traditional banks in a relatively short time, leaving financial giants like JP Morgan scrambling to recover. Now, with the announcement of Chase’s partnership with 10x, it seems a new strategy has arisen: beating upstart digital neobanks at their own game.

Chase could hardly have found a better partner than 10x. Founded in 2016 by former Group CEO of Barclays Antony Jenkins, Chase has developed a reputation for high-quality banking platforms built on rapid, convenient micro-services. Its expertise in the field has reaped considerable rewards of late, with more than 100 new employees hired during the COVID-19 pandemic and nearly $200 million raised in a recent round of Series C funding.