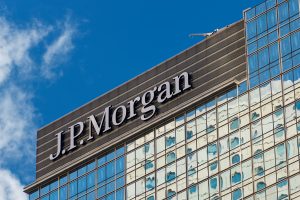 German industrial group Siemens has established a partnership with banking titan JP Morgan in order to conduct its account transactions with a blockchain-based payments system. Onyx, which is JP Morgan's dedicated blockchain unit, will handle construction of the new system. Siemens said that high-quality automation will be crucial to its ability to tackle a greater volume of payments, which is expected based on the soaring popularity of emerging payment models such as pay per use.

Heiko Nix, Siemens' Head of cash management and payments, explained how the progression of company and consumer payments needs influenced the decision, saying, “If the business would stay the same as it is today, I would say we are fine regarding our treasury set-up. We can automate a bit and maybe we reduce costs and cash allocation. This is not the reason why we are doing this. The reason is that we are seeing a huge change due to the emerging digital business models, because we will no longer be able to forecast cash, for example.” Current infrastructure is lacking in flexibility, whether in its rules or triggers, and Onyx is putting together a system that will afford Siemens the adaptability to stay current and competitive.

More and more worldwide banks are giving thought to blockchain incorporation; some have merely dabbled, while others have used it to enable instantaneous cross-border settlements or modernize payment rails. Wells Fargo and HSBC recently announced their use of distributed ledger technology (DLT) infrastructure via Baton Systems, which has increased interbank settlement acceleration and efficiency.