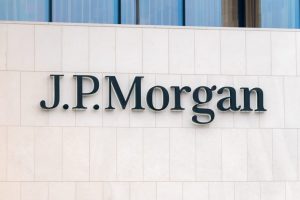 At the beginning of 2022, JPMorgan announced that it expected a major uptick in expenses for this year, prompting a great deal of speculation about where that money might be going.

Now we know just where those resources are headed: Project Bloom. In fact, it’s been going there for the last year without any sort of public announcement.

Details about the business are still very much the stuff of rumor. Despite being a major, apparently multibillion-dollar arm of the country’s largest bank, Project Bloom has been running in “stealth mode” for the last year. Its mission? Fast-tracking fintech services to startups around the world to foster a new generation of private digital firms.

“We’ve been a leader in private capital markets for years, and we see opportunity to provide new digital capabilities to private companies and investors,” said JPMorgan spokesperson Jessica Francisco in response to questions about the secretive project.
Headed by Head of Digital Private Markets Michael Elanjian, Project Bloom has already brought in a team of nearly 100 employees, mostly programmers and innovators working in cities around the world. A new suite of fintech products is expected from Project Bloom sometime in 2022, after the company officially launches.