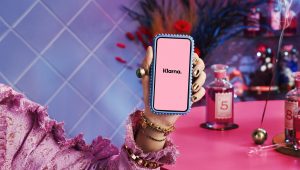 Doubling its customer base in just over a year, retail payment and shopping platform Klarna now boasts a total of 20 million customers and counting, with more than four million monthly users of its popular smartphone app.

The Swedish firm has made a name for itself as a pioneer of next-generation payment options, including a try-before-you-buy feature and interest-free installment payment options. While alternative payment services have been steadily growing in popularity, Klarna outpaces the rest of the pack, with its nearest competitor’s app trailing in monthly users by 20%.

Apart from its attractively convenient alternative payment schemes, Klarna has been a force for brand synergy in the online marketplace. Klarna app users can construct and share “Collections” over social media, and the company’s rewards club—known as Vibe—offers bonuses to regular customers in the form of gift cards for brands including Target and Sephora. Klarna’s meteoric rise is further supported by its exhaustively designed retailer support offerings such as AI-backed content creation platforms and influencer marketing tools.

According to the head of Klarna’s North American division, David Sykes, the company is responding to a genuine demand in the market for buy now pay later offerings. Which is not to say that Klarna intends to slow its rapid expansion; in a recent press release, Sky claimed, “In the year ahead, we will continue to expand our US merchant base, offering greater opportunities for customer acquisition and engagement.”