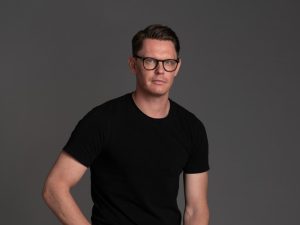 The recent rise in neobanks and disruptive digital payment servicers has had traditional financial institutions shaking their heads and wondering how the world changed so quickly. To Klarna’s chief marketing officer David Sandström, though, there’s no mystery about why Millennials are fleeing from credit cards in droves.

“Credit card companies have made an astounding amount of money by essentially cheating and taking advantage of people with bad terms and conditions, high rates, and extremely disadvantageous interests,” Sandström told Verdict in a recent interview. The executive went on to cite a report that found that American Millennials fear death less than they do credit cards.

As a fintech firm that has become synonymous with buy now pay later (BNPL), Klarna has had a great deal to say about the perils of traditional credit programs. Only a few months ago, Klarna CEO Sebastian Siemiatkowski made similar allegations about the negative impact of credit cards on society at large. By comparison, Klarna and BNPL servicers generally are both fair and transparent, according to Sandström.

Importantly, despite its executives’ talk of Klarna as the way of the future, Sandström’s interview also indicated that the company will be keeping its distance from both cryptocurrency and the metaverse, two of the hottest topics in the world of finance.