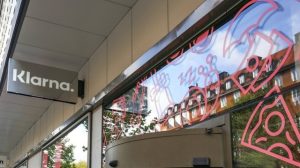 Touting its new offering as “the only app consumers need,” Swedish digital payment giant Klarna has upset the online retail landscape once again with the release of its new all-in-one shopping app. In fact, if Klarna has its way, this app may soon take the place of all the other shopping applications on its users’ smartphones.

Klarna situates the app as a solution to consumer frustration in an increasingly crowded retail world; with virtually every online retailer offering its own proprietary shopping app, customers are faced with a great deal of app-switching and a vast array of information to track while making purchases online. By contrast, according to Klarna CEO Sebastian Siemiatkowski, the all-in-one Klarna app can be seen as “a major milestone on our journey to helping people save time and money and giving them more control over their finances.”

This app release comes at a time when the market has reached a fever pitch for BNPL offerings, which Klarna has championed as the core of its business model. With in-app purchases having grown over 50% in the last two years and nearly three-quarters of Klarna users reporting that they would prefer having one unified shopping experience rather than having to swap apps during the shopping process, the company is poised to capture a great deal more engagement from its users going forward.