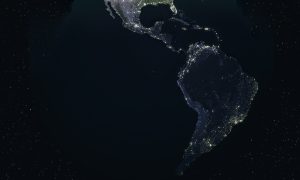 Latin America has long been seen as a fertile ground for investment opportunities. Particularly for any firm with the means and the backing to deliver next-generation digital results to local markets, the area has continued to represent a major win for venture capitalist firms savvy enough to see it.

The latest numbers are in, and they’re better than anyone could have predicted. According to data from Lavca—the Association for Private Capital Investment in Latin America—2021 saw 650 VC-backed deals across the region, bringing in a total of $15.3 billion by year’s end. The previous high-water mark of $4.9 billion, reached in 2019, has been exceeded more than threefold.

Perhaps unsurprisingly, the bulk of this investment (over two-thirds of the full amount) has been driven by fintech and eCommerce firms, which saw the launch of more than a dozen new unicorns and several cryptocurrency exchanges. One of the standout fintech stars of the year was Nubank, a Brazilian neobank that brought in over $1 billion in advance of its IPO on the NYSE at the end of the year. With Softbank and other major players looking to boost their investments in the region, it seems increasingly likely that the bright financial future many have predicted for Latin America will now become a reality.