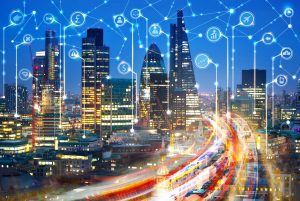 Chances are that if you're a fintech company in London, you are doing pretty well these days. That's because in the first six months of 2021, VC funding in the U.K. capital has significantly ramped up, with fintech firms already securing $5.3 billion from investors eager to capitalize on accelerated adoption of fintech products by consumers and banks. Contrary to many other sectors of the economy, the coronavirus crisis has led to a significant growth in the world of fintech firms. Globally, these companies have raised $54.1 billion between January and June 2021, overtaking the total amount secured in the two previous years.

In terms of investment, London is second only to San Francisco as a fintech favorite. The boom demonstrates not only its resilience in a post-Brexit world, but also the city's position as a hub for international business. As the biggest global fintech cluster, London is home to 3,018 fintech companies, more fintechs than any other city in the world. This includes 29 fintech unicorns. Despite the growth, however, concerns remain about the impact of Brexit on the U.K. labor market, where many industry leaders worry about accessing and retaining talent. That said, a more optimistic view suggests that London is well on its way to being a major player, not just in the European market now, but in the entire global economy.