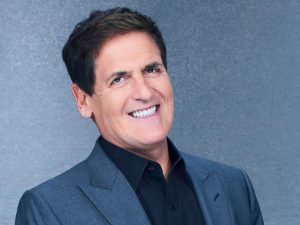 Over the last few years, the fintech sector has become crowded with cryptocurrency and blockchain startups trying to be the first to truly bring their tech out of the hands of niche investors and into the mainstream. Or, as billionaire entrepreneur and reality television star Mark Cuban might put it, the ocean is full of sharks hungry to get the first bite.

“All the blockchains are kind of in a death war, trying to get users and applications,” Cuban said in an interview with Crypto Banter. What he is personally looking to invest in, he elaborated, is crypto’s first Instagram—not a specialized app to dominate a tiny corner of the field, but a truly mainstream product with the name recognition and cool factor to vault it to the top of the pile.

Although the competition is still extremely heated, Cuban is not shy about identifying which cryptocurrencies he thinks are likely to be the big winners. Notably, he tends to be dismissive of Bitcoin despite its longtime dominance of the crypto conversation. He has called its utility as an inflation hedge “ridiculous” and its adoption by El Salvador “meaningless” considering the currency’s current dependence on the U.S. dollar. Instead of Bitcoin, Cuban says he has already invested a considerable amount in both Ethereum and Polygon.