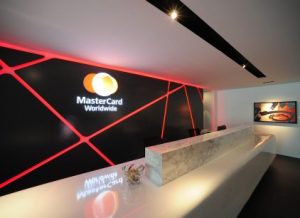 The last decade has seen a wave of technological advancements that have made financial matters cheaper, faster, and more convenient for the average consumer. However, one area in which the world is still stuck in the previous century is cross-border payments. Particularly for individuals in the Middle East and North Africa, cross-border remittances can still be expensive and unwieldy.

All that is about to change thanks to the newly announced partnership between Mastercard and real-time payment solutions firm ProgressSoft.

Based in Jordan, ProgressSoft has built itself into a recognized name throughout the region, boasting over 650,000 customers across the 24 countries serviced. ProgressSoft does business comfortably at the cutting edge of modern tech, offering services such as automated clearing houses and blockchain-backed digital currencies. Now, by working with Mastercard’s Cross-Border Services platform, it’s expected that ProgressSoft customers will be able to cut the time of their international transactions in half.

For its part, Mastercard is optimistic about the transformational nature of the new partnership. “This partnership makes it easier and faster for banks to onboard and integrate Mastercard Cross-Border Services—a platform that also relieves banks from the remittance certification process,” said Mastercard’s VP of Digital Payments and Labs Pankaj Asthaana.