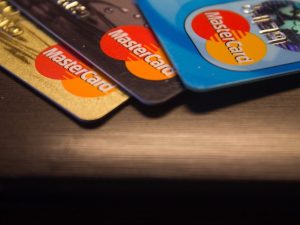 Say goodbye to swiping! By 2033, there will no longer be any Mastercard cards with magnetic stripes. Magstripe cards will be phased out gradually beginning in 2024 and replaced by the EMV chip technology that is already overwhelmingly the standard in Europe.

It wasn’t that long ago that magnetic stripe technology, first developed by IBM in the early 1970s, was the latest in security and convenience. These days, however, the feature has been outpaced by more recent advances such as the increasingly-widespread EMV chip (named for Europay, Mastercard, and Visa, the three companies that first launched this tech). EMV payments made up nearly half of all in-person card purchases in mid-2021, suggesting the infrastructure for a shift away from stripes is already largely in place.

The change in card technology is not an arbitrary one: EMV chips allow for a more secure transfer of information, containing microprocessors that allow for contactless payment. In an era of increasing cybercrime and identity theft, as well as the ongoing health risks associated with the COVID-19 pandemic, the ability to hold onto one’s card throughout the payment process is appealing to consumers and merchants alike. In all likelihood, the move by Mastercard will be a welcome one, even if it means giving up part of a familiar retail ritual.