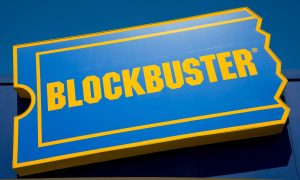 Amid all the uncertainty of the current market, it seems an inescapable truth that Blockbuster Video is a brand of the past. Following abortive attempts at a streaming service and sending DVDs through the mail, the legacy video rental chain has been reduced to a single location in Oregon. Somewhat predictably, the brick-and-mortar video giant proved to be outmatched in the age of streaming media.

Yet as ever, one brand’s trash is another brand’s treasure. If the newly-minted decentralized autonomous organization (DAO) known as BlockbusterDAO achieves the goal it announced on Twitter in late December, it won’t be long until Blockbuster is once again bringing in $1 billion in annual recurring revenue.

Citing the Blockbuster brand as “a historic landmark in the history of film” as well as a name with considerable nostalgia power, BlockbusterDAO intends to acquire the Blockbuster brand from Dish Network in order to turn it into the world’s first Web3 decentralized film streaming service. Structured to be run democratically by investors, particularly crypto enthusiasts and meme investors, DAOs generally put together funding through selling voting power in the organization.

To achieve its goals for Blockbuster, the organization will need to raise $5 million. Although this sounds like a lofty milestone, late last year ConstitutionDAO managed to raise $47 million in an ambitious albeit unsuccessful attempt to purchase an original copy of the U.S. Constitution.