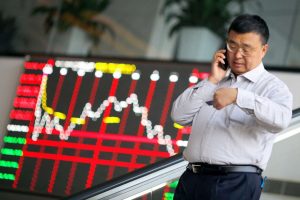 Up Fintech Holding recently announced its plans for an IPO. The Company is one of the latest fintech darlings to come out of Asia. And deservedly so, by focusing on Chinese investors seeking to participate in investing in and trading U.S. securities, the Company has been able to earn noteworthy trade commissions as well as interest on certain accounts.

In its prospectus, the Company describes itself as, “the largest online broker focusing on global Chinese investors in terms of U.S. securities trading volume, with a market share of approximately 58.4% in 2017, according to the iResearch Report.”

Up Fintech offers a proprietary trading platform that enables investors to trade in equities and other financial instruments on multiple exchanges around the world. It employs a "mobile first" strategy and leverages a robust infrastructure combined with advanced technology to make it possible.

The Company plans to list on the NASDAQ under the symbol "TIGR," by offering 13 million American depositary shares, or ADSs. Leading the process are two large investment banks Citi and Deutsche Bank who are serving as joint bookrunners on the deal. Up Fintech generated $33.6 million in total revenue in 2018, as compared with $16.9 million in 2017.

“Founder and CEO, Tianhua Wu, was one of the most renowned experts in China's Internet field prior to founding our company. As a Tsinghua graduate majoring in computer science and technology, he has over eight years of experience working at NetEase,” according to the prospectus. Moreover, “key personnel also comprise experienced Internet entrepreneurs and talent from top Internet and technology giants in China such as Baidu, NetEase, Tencent and Xiaomi.”