Home Leaders Revolut Founder Storonsky Opens Family Office. His Wallet May Be Next. 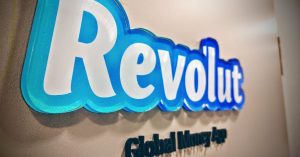 In recent years, founder and CEO of British fintech Revolut Nik Storonsky has seen tremendous growth in his personal fortune, currently estimated at $7 billion. He has also long been close-mouthed when it comes to how he may make use of his wealth. That is, until the recent announcement of his incorporation of the Storonsky Family office in London.

In an interview with The Evening Standard, Storonsky claimed to dislike inheritance and stated he would prefer to spend or give away his entire fortune rather than leave it to his heirs. Though such a decision is likely several decades away for the 37 year old, it is understood that the tech billionaire’s new office is the first step in an expansion of angel tech investment activities—a familiar track for fintech founders such as Checkout.com’s Guillaume Pousaz.

Though Revolut has made no comment about Storonsky’s new family office, sources close to the billionaire identify it as a smart maneuver if he indeed plans to professionalize his investment practices. With recent investments on Storonsky’s part including Swedish firm Tink, the fintech market could soon find itself with a new champion eager to build the next big thing in digital payment services. “I think I have more ideas now compared to six years ago,” Storonsky told The Evening Standard.