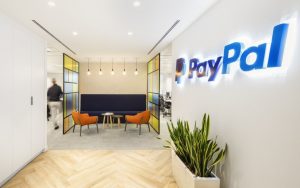 Digital payments titan PayPal may soon be making a move into the retail investment market with a consumer stock-trading platform. If confirmed, the move is likely to upset a playing field that is already crowded with major names including Square and SoFi.

As of now, the hypothetical consumer trading platform remains unconfirmed, with information coming from two anonymous sources claiming to be familiar with the company’s plans. This speculation is further supported by PayPal’s hiring of Rich Hagen, co-founder of digital brokerage firm TradeKing, as CEO of the as-yet unknown PayPal Invest division.

Despite the lack of confirmation from PayPal, the company’s move into retail investments is a shrewd one, with other fintech firms clamoring to provide a true one-stop platform for all matters financial. Between the time required to develop and test such a platform and the requirement to register with the U.S. Financial Industry Regulatory Authority, it is worth asking if PayPal is coming too late to the game even if the rumors are proven to be true.

One advantage PayPal has in its corner in this particular battle: more than two decades of experience doing business in a cutthroat sector, lasting through busts and recessions that relative latecomers like Robinhood have never encountered. That factor and the platform’s nearly half a billion users around the world are likely to count heavily in PayPal’s favor.