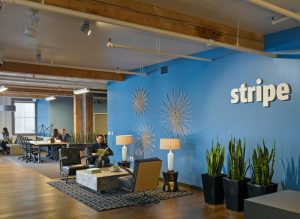 Payments giant Stripe has announced that it will be partnering with Irish teen accelerator program Patch to expand its educational and mentorship work over a three-year collaboration. The partnership is expected to provide increased research opportunities and expanded programs for identifying rising talent in the tech world.

Stripe is hardly the first fintech firm to invest its resources in nurturing the next generation of creators. Other supporters of Patch include the Naughton Foundation and Pointy founder Mark Cummins, and speakers at previous iterations of the accelerator program have featured industry standouts such as Des Traynor, the co-founder of Intercom.

Though Stripe’s monetary contribution to Patch is considerable, according to Patch founder Tom McCarthy, what really makes a difference is the mentorship opportunities that can arise from this partnership. “What we need to support young people is excellent older people who can serve as mentors and advisers, and guide people in their development,” McCarthy said, linking future breakthroughs in technology to contributions by volunteer mentors from Stripe and other high-powered tech firms. With the help of Patch and its partners, including Stripe, it is hoped that the expertise of current tech authorities will guide the next crop of engineers and programmers, both in Ireland and the world at large.