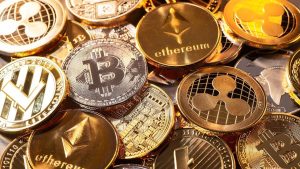 The future of cryptocurrency has finally arrived—but for the moment, only in the form of futures. Trading under the name “BITO,” ProShares has officially begun trading the first-ever Bitcoin futures ETF on the New York Stock Exchange. The move is widely seen as a step toward the acceptance of funds that allow direct investment in Bitcoin, which is expected to quickly bring the cryptocurrency fully into the financial mainstream.

The launch of a federally sanctioned and regulated Bitcoin futures fund has been a long time coming: asset managers have been clamoring to launch their own spot Bitcoin ETFs since 2017, but the SEC has to date rejected all such applications. SEC Chair Gary Gensler has apparently found a futures ETF more acceptable, an understandable concession given the increasing popularity and stability of cryptocurrency investment.

Despite the growing interest in such investments, until this point the ability to trade or exchange cryptocurrency has remained out of the mainstream, kept out of the reach of traditional brokers due in large part to the leeriness of regulatory agencies. Now, with four more Bitcoin futures ETFs expected to be trading in the near future, it seems that the remaining hurdles to crypto investment may finally be removed.