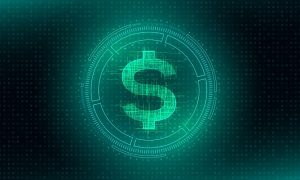 Hot on the heels of a Fed announcement that the United States would massively benefit from such an innovation, the Federal Reserve Bank of Boston and MIT have concluded a project to devise a U.S. central bank digital currency (CBDC). What’s more, Klaros Group Partner Jonah Crane claimed, the technology for such a feat is already available.
But just because a next-generation digital dollar is feasible doesn’t mean the project is likely to see the light of day anytime soon.

Among the barriers to implementing a CBDC is the issue of privacy, which the MIT-led project FAQ acknowledges is a significant issue. Indeed, as Congressman Tom Emmer pointed out in a recent bill proposal to limit the Fed’s digital currency issuing capabilities, a central federal authority with the capacity to track every transaction in the country could easily be used as an authoritarian “surveillance tool.”

Whatever its drawbacks, to call a U.S. CBDC ambitious would be an understatement. According to the findings of “Project Hamilton,” the Federal Reserve would be able to handle over 1.7 million transactions every second, more than twenty times the processing capability of the top blockchains currently in use. If and when such a currency does come to fruition, experts agree, a digital dollar could be a game-changer for digital transactions.