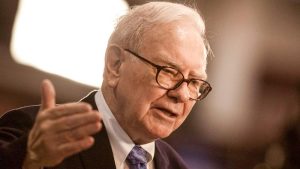 It was only a short while ago that “sage of Omaha” Warren Buffett was dismissing cryptocurrency as “rat poison” with “no unique value at all.” A perpetual driver of market trends, Buffett held a great deal of weight in the ongoing consideration of global adoption of this hot new monetary tool.

In 2022, the world looks like a very different place when it comes to cryptocurrency. And for the first time, Buffett may be walking back his words. At least, if the $1 billion investment by his company, Berkshire Hathaway, in Brazilian crypto-focused neobank is any indication.

Known as Nubank, it has swiftly grown into the largest digital bank in the Latin American region, and by all indications it is the company’s Bitcoin ETF tool NuInvest that has brought it the most success. For a market in which a large percentage of the population is unbanked, Nubank represents a massive opportunity to provide next-level service to traditionally underserved customers.

That opportunity is apparently reason enough for Berkshire to reverse course on its negative opinion of crypto, or at least to swallow Buffett’s words for the time being. Berkshire previously broke records for neobank by purchasing a $500 million stake last year prior to its IPO in December.