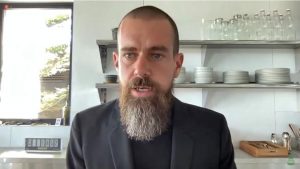 Twitter and Square Chief Executive Officer Jack Dorsey has long been a champion of Bitcoin. And in a still-booming crypto market that has seen the rise of numerous cryptocurrency competitors, Dorsey remains a prominent voice in promoting widespread adoption of Bitcoin above all others.

Hailing Bitcoin as the “native currency” of the internet, Dorsey recently spoke on the uniquely beneficial qualities of Bitcoin at the B Word Conference. In addition to its remarkable creation story, Dorsey pointed out the ability of cryptocurrency in general to facilitate digital transactions without having to work around hundreds of global markets and currencies. He went on to rhapsodize about how the nontraditional currency could help promote equity worldwide, breaking up traditional banking monopolies and improving access to global finance.

By all indications, Dorsey is putting his money where his mouth is. Square has purchased more than $200 million in Bitcoin in less than a year, and both Square and its popular Cash App have recently released crypto-friendly features for retail consumers. Dorsey has also claimed that Bitcoin’s layer 2 solution Lightning Network will be integrated into Twitter before long, reducing both transaction times and costs.

Whether Bitcoin will truly become the currency of the future is yet to be decided. However, it’s undeniable that crypto is poised to go much farther as Dorsey and his companies stake everything on Bitcoin.